From the flight line to the frontlines, we designed our labels to pay tribute to those who served before us in military history. For example, during World War I, the U.S. Government created a division of pictural publicity; these pinup girl images were used on military recruitment posters and publications. “Nose art” developed by Army Air Corps pilots was painted on fighter, bomber, or cargo airlift planes. The nose art often would consist of animals such as tigers, eagles, and sharks, but pinup girls would frequently grace the noses of U.S. aircraft. One famous nose art design is the “Glamorous Gynnis,” flown by Chuck Yeager in 1941 when he broke the sound barrier. During OIF-II, owner Curt McDonald’s aircraft was named Madison Elyse and donned a piece of art covering the flight control closet.

Two Pilots Moonshine Whiskey is handcrafted using a traditional old-fashioned copper pot still in the distillery. Our mash is created using an "old school" recipe that includes the purest sweet water from our local aquifer, and the finest local ingredients available. The resulting blend creates an exceptionally palatable moonshine that sips effortlessly, and delivers a mildly warm finish. 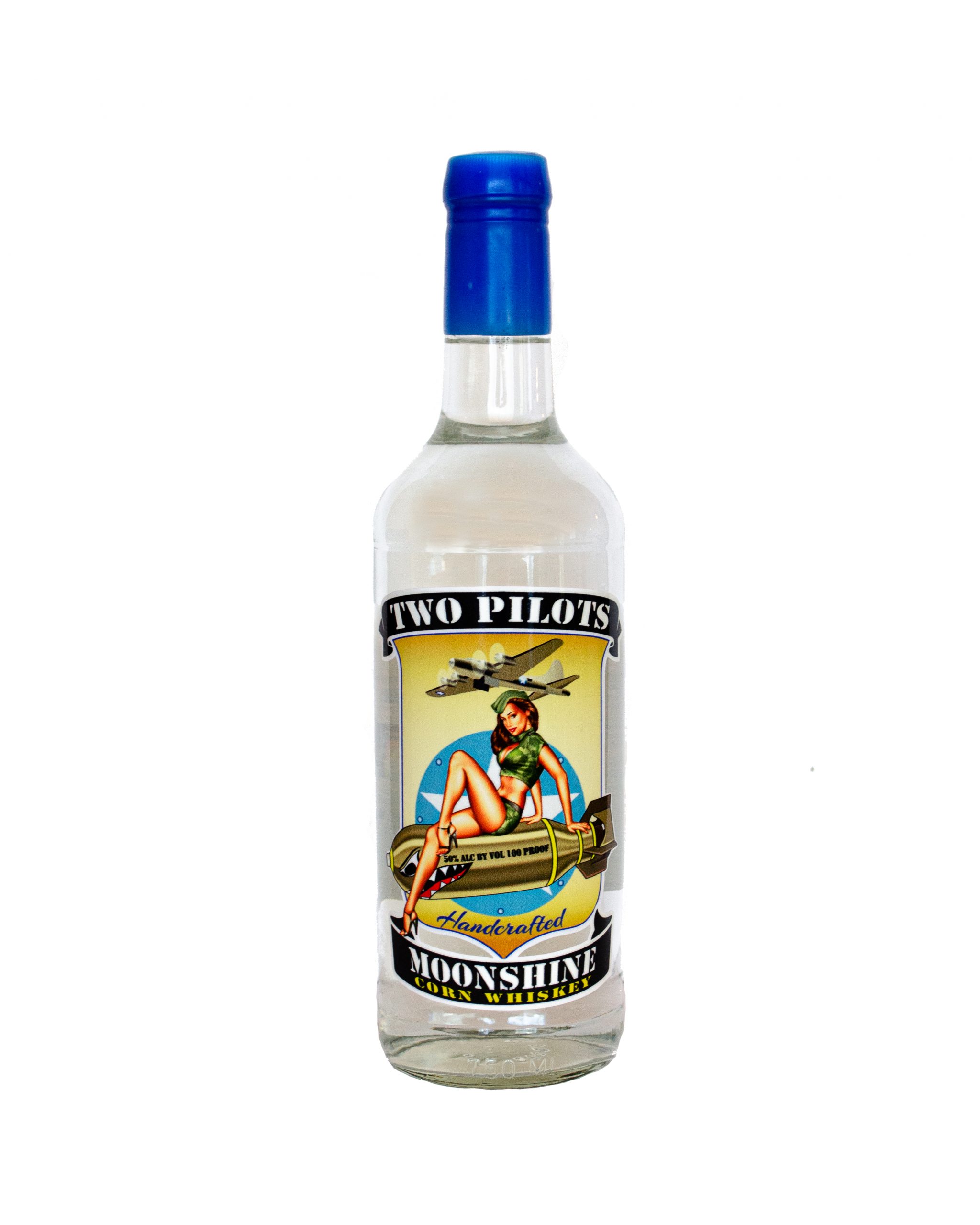 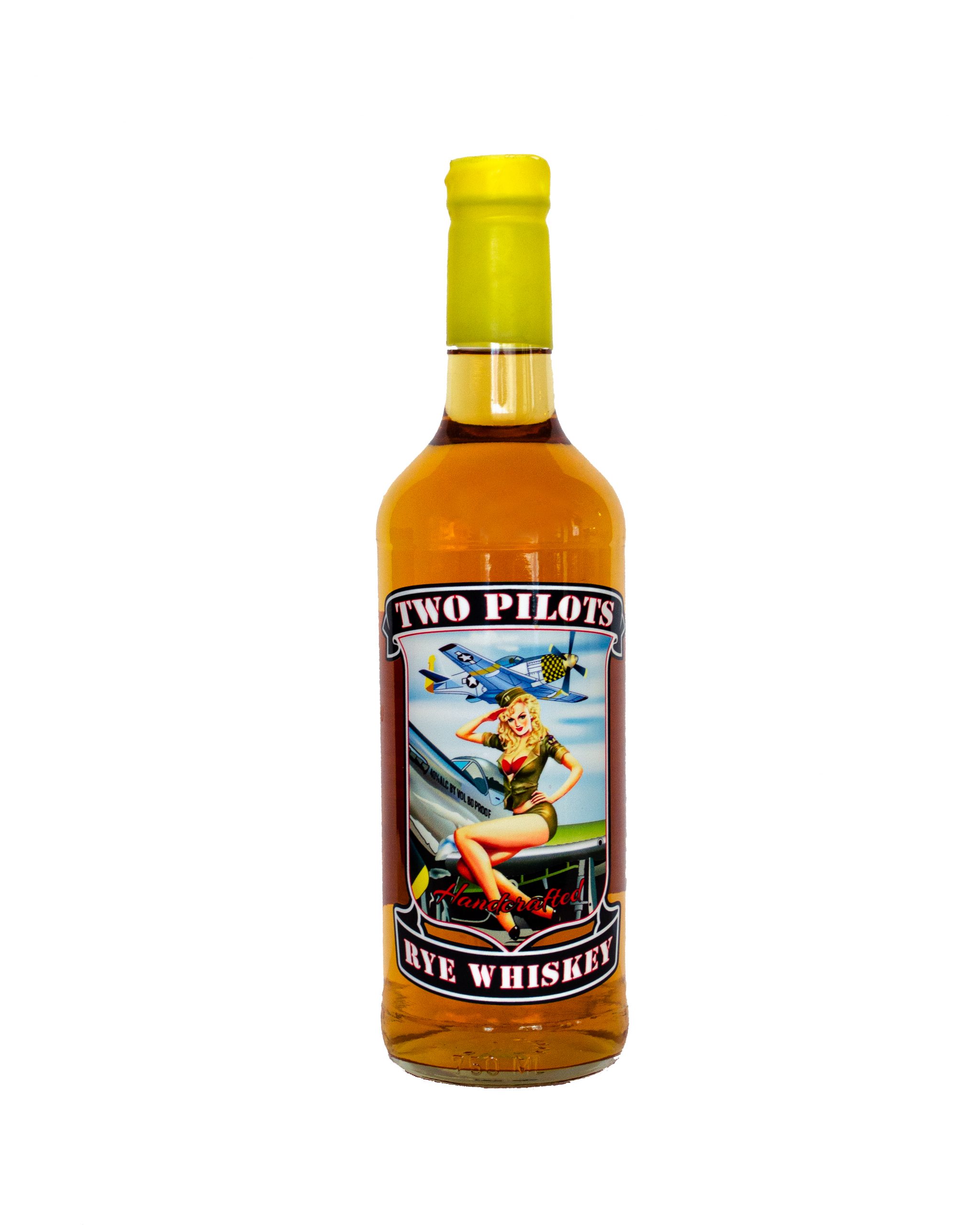 Two Pilots Rye Whiskey is an extremely mellow whiskey, handcrafted on-site at Two Pilots Distillery with a subtle sweetness that is accented with a charred oak finish. Our Rye Whiskey blends easily into a variety of cocktails or if you prefer it straight it has a smooth taste that will compliment your palette.

THIS WEBSITE, ITS CONTENT, AND SOCIAL MEDIA ACCOUNTS ARE INTENDED FOR AUDIENCES OF LEGAL DRINKING AGE. DRINK RESPONSIBLY.